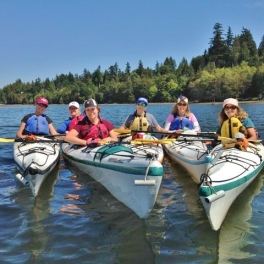 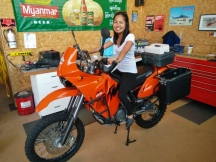 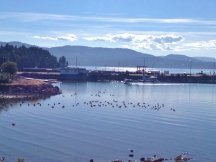 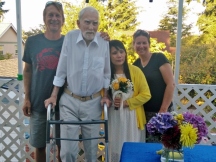 July 12 – September 5, 2016: Here’s a recap of our trip home this summer. It’s always nice to take a break from rainy season in the Philippines and head home when the weather is fine.

While Nukaat headed off to visit his favourite Filipino family for a break from his nauti-cat lifestyle, I met up with Chris in Vancouver in late July and we traipsed to Vancouver Island with a mountain of baggage. How could we have so much stuff? There were several broken boat parts returning for repair, and a large pile of unnecessary boat equipment and unused personal gear that we decided we could live without on MOKEN but not do without permanently.

Every trip home is a whirlwind of people, activities, fun and self-imposed projects. This time, our first priorities included buying a car and moving into our own space so we wouldn’t have to rely on the goodwill of others. We didn’t want to wear out our welcome.

Getting a car was the easy part. Chris found a very sporty Nissan 370Z online and we bought it right off the bat.

Moving took us a bit more time as we had to sort through another mountain of stuff in storage, deciding how much from our old five-bedroom house could reasonably fit inside a two-bedroom condo.

Our priority was getting the furniture into a climate controlled environment and, for the most part, it all survived the four years in storage unscathed. All except for our leather sofa and two leather chairs, that is. The hanger rats had a field day with these, nibbling their way around the bottom of each piece. At least they weren’t nesting inside. A huge shout out to Tony for helping us retrieve the big pieces from the hanger mezzanine without having to heft them down the tight stairwell. A scissor lift makes life so much easier.

Once we were finally settled in, we had more time to socialize and we tried to see as many people as we could, but of course ran out of time.

My dad came to the island for a visit; our first guest in our new pad. He treated us to a salmon fishing charter in Sooke. Dad has an endless supply of fish stories and a remarkable memory when it comes to recounting the details. Unfortunately for us, the fishing was a wash, but we did see plenty of seals, sea lions, sea birds and orcas as we nearly froze our fingers and toes in the cool marine air of the Juan de Fuca Straight. Where did the summer go?

There was a quick trip to Seattle to buy boat parts and catch up with friends from Subic, John and Glenda, who chose the weekend of our visit to tie the knot. Congratulation you two! Our friends Rob and Snooky from Banff (and previously from Puerto Galera) visited us for a few days. We celebrated Chris’ dad’s birthday in Nanaimo with his family. We did a motorbike trip to the Okanagan via Pemberton and Lillooet with Joy and Will, stopping to visit Chris and Val and their twin boys near Kamloops. There was a wet evening of pitch and putt and a sunny kayaking trip with the girls for Sandra, plus an agriculture tour on the island and a memorial service for a long-time neighbour. Chris squeezed in some prawning with Tony and a trip to Mudge with Warren to meet up with Nick and family. We had lunch with Paul and Fatima and Kyle in Nanoose, a couple of dinners with Mitch and Barb, a BBQ at Arne and Melissa’s, several lunches at Spinnaker’s in Victoria, including one with Martin and Andrea, dinner and face painting with Gill and Tony and their girls, numerous evenings eating pizzas or wings with Warren and breakfast with him and Maia and Nicholas. Let’s not forget sushi with Chris, Kailea and Shelley. Whew! If we missed sharing a meal with you or overlooked one we did share here, it wasn’t intentional. There was just so much going on. 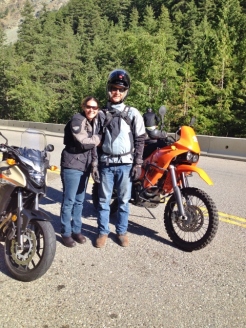 All too quickly, August wound down and it was time for Chris to head back to work and me to head back to MOKEN and Nukaat. After a farewell prime rib dinner with my dad, he dropped us at the airport several hours before my flight. As Chris was leaving early the following morning, he got a room at the airport hotel so my dad wouldn’t have to make two trips.

At 0200 hours, I arrived at my boarding gate to the announcement that my bags were not being boarded. Turns out Cathay had an issue with transporting our two new battery chargers/inverters for our boat. Even though airport security had cleared them, the airline decided not to let them on the plane. I had to forego my flight and wait around until 0400 to collect my bags. I trudged back to Chris’ room and spent a few sleepless hours until his departure. For the next two days, I tried with no success to get Cathay to change their mind, even going so far as obtaining a letter from the manufacturer. In the end, I resorted to FedEx so I could catch the next flight. On the bright side, I got to spend a couple extra days with my dad. 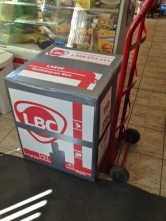 So long Canada…until next summer!