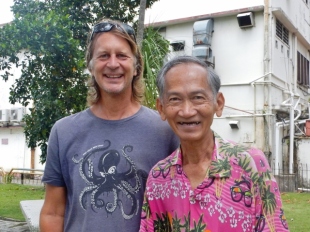 February 18 – March 25, 2019: When we last left off, we found ourselves safely tucked in at the marina in Miri. As we were now back in Malaysia after our brief hiatus in Brunei, our first order of business was check-in. We walked out through the sparsely populated gated community surrounding the marina and trekked around to the marina office. (We wouldn’t find out about the shortcut for a few days yet.) Check-in was a breeze, except we weren’t sure how long we wanted to stay. Three weeks to start, but, knowing our propensity for settling in, it would likely be extended.

Then it was off to Customs and Immigration for the official clearing in. An easy Grab ride from the marina brought us to both offices, conveniently located next door to each other. Customs first to hand in our Brunei exit clearance certificate. Then off to Immigration to get our passports stamped and a 90-day visa on arrival. Both places were well used to cruising yachties and we were done in record time. Now why can’t it go this smoothly in every clearance port?

Our first impressions of Miri exceeded our expectations. It was clean, the traffic was nowhere near as crazy as other Southeast Asian cities, and there are lots or tree lined boulevards and green spaces dotted around. As we explored more of the area, we saw evidence of new development everywhere with the accompanying new businesses, but we gravitated to the older, funkier parts of town where we found lots of established shops, cafes, restaurants, bakeries, coffee shops, bars and several fresh food markets. We are happy to report that it was far easier to find a place to enjoy a simple cold beer here versus KK. As an added bonus, there were no hordes of package tourists, the people were friendly, the atmosphere was relaxed, and the Malay, Chinese and indigenous cultures coexisted peacefully. (Several people proudly informed us that a neighbouring mosque and Christian church share a parking lot and it’s a popular photo stop with visiting tourists.) 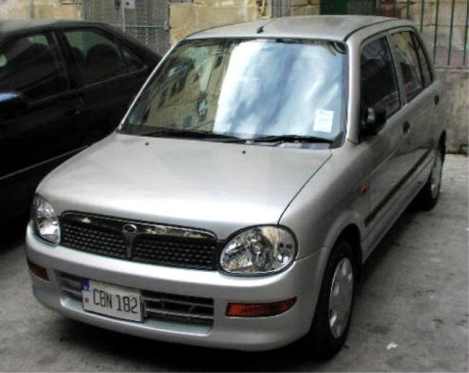 Grab works great in Miri, and we could have easily stuck with using it to get around, but we jumped at the chance to rent an old but cheap, teenie 4-door Perodua. It wasn’t pretty and it squealed relentlessly when we first started the engine, but at least the air conditioning worked, it was easy to park just about anywhere, it didn’t use much fuel and it never broke down on us, although the brakes were atrocious when it rained. (This picture was kind of what our Perodua looked like, if you replaced the nice finish with scratches and dents and took away the shine.)

It’s weird driving a stick shift in a right-hand drive car and dealing with multi-laned roundabouts, but we soon got the hang of it without too many close calls. We took that wee Perdua everywhere, sometimes just the two of us, sometimes with fellow cruisers Will and Trish. Here are some of the highlights: 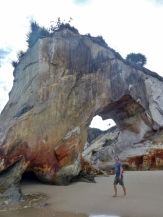 Pantai Tusan (Tusan Beach)
About a half-hour drive south of town, this wind swept beach is reached from the clifftops by a precarious eroding staircase carved into the sandstone. The highlight is a massive stone arch, popular for selfies, that’s a short walk down the beach at low tide. Ladies working at a few clifftop stalls sold snacks, cold drinks and local vegetables. While we were in Miri, the government announced funds to build new steps and a parking area and I understand construction is already underway. 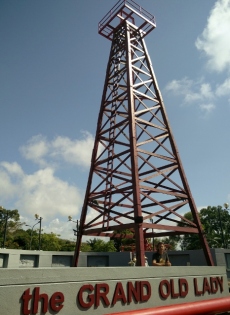 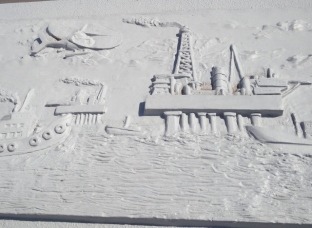 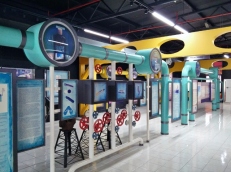 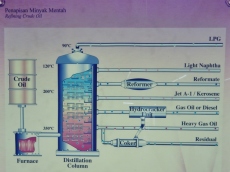 Canada Hill, the Petroleum Museum and the Grand Old Lady
Canada Hill is a limestone ridge with views over downtown Miri to the oilfields beyond. It’s here that oil was first struck in Borneo by Royal Dutch Shell in 1910, and Oil Well No. 1, fondly known as the “Grand Old Lady,” still stands as a monument to the early days. The site also houses the Petroleum Museum, which traces Malaysia’s oil and gas history with a series of wordy displays. It’s worth a peek. Oil and gas remains the backbone of the Miri economy to this day. 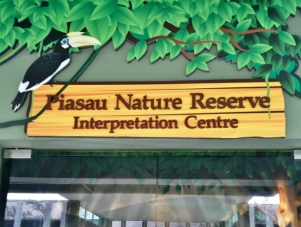 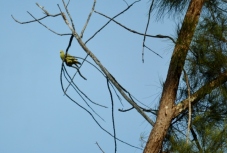 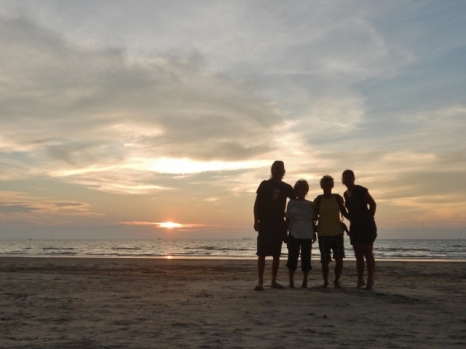 Piasau
The Miri River runs parallel to the coast for a long way. Most of the city sits on the inland side. On the river itself a large fleet of mothballed oilfield support vessels waits for oil prices to rise again. Along the coastal side we discovered the Piasau Nature Reserve. The coast was once home to subdivisions full of Shell oil workers and their families. With the oil industry downturn, the leases lapsed and one large area was designated as a nature reserve predominantly to provide habitat for hornbills. The houses were torn down and the jungle is starting to fill in again. As we wandered along the old roads, we spotted a variety of birds, the odd monkey and yes, even a hornbill. Other trails led to the long windswept beach, Pantai Piasau where we also found the Piasau Boat Club and stopped in for an icy beer. 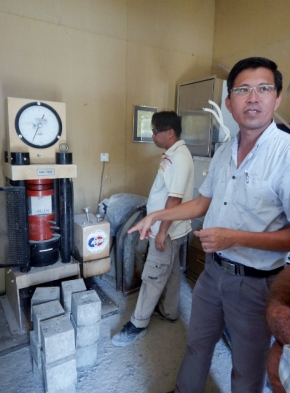 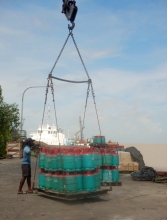 Chai’s Tour
Every Friday, there was a potluck get together at the marina for yachties and friends. This is how we met Chai, a local businessman, who invited us for a tour of his cement plant north of town. Along the way, we stopped at one of the local fish markets, checked out a roofing tile factory and visited the port at the Baram River. (Learn more about the fascinating fish market in the next post.)

Shopping
Miri also has lots of modern shopping centres stocked with every imaginable item, and we also discovered it was a great place to source boat bits, probably due to it being a major centre for commercial vessels that support all the offshore oilfields. A few years back, someone had put together a list of local suppliers for almost every conceivable part or spare that yachties might need, and resident yachtie locals, Walter and Gisella, could add even more. We spent a few days sourcing bits and bobs and soon had our own list of favourite stops, including one fantastically crammed hardware store that stocked just about everything and was staffed by Mr. Grumpy (who actually turned out to be quite a character and was far less grumpy than we were led to believe).

Some say the definition of cruising is fixing boats in exotic locations. Well, Miri proved the point. Aside from the usual cleaning and regular maintenance, Chris had a couple of other projects in the works. He replaced the check valve in the aft head and serviced the watermaker, which we hadn’t used since we bought the boat. This involved replacing the flow meter and all the low pressure lines, installing new filters, and flushing the system, followed by a chemical clean. We were now ready to test the system on the next leg of our adventure.

Overall, we gave Miri two thumbs up. But we did have one unanswered question. What’s up with all the seahorses all over town? We kept spotting seahorses everywhere. Big seahorse sculptures in the centre of roundabouts, at the marina, along the waterfront. Seahorses on signs all over town. Not to mention the big seahorse lighthouse at the entrance to the marina. Miri, it seems, is crazy about seahorses.

Next up, and one of my favourite topics, the food of Miri. Let’s eat!