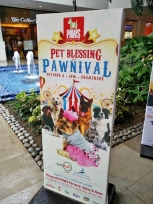 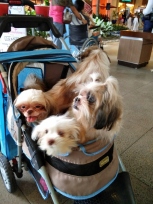 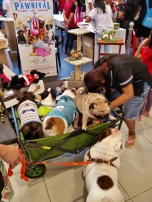 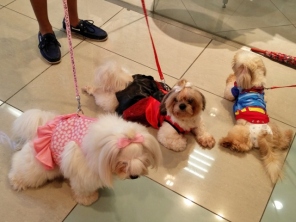 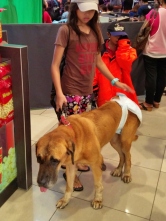 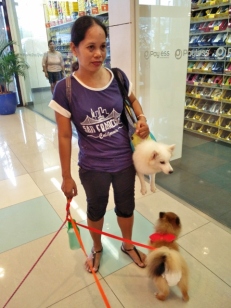 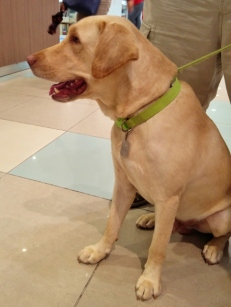 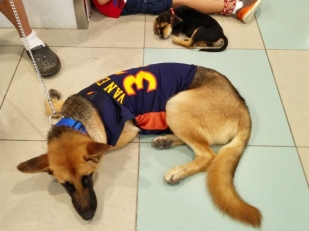 October 8, 2016: Filipinos love festivals. Who doesn’t? They also seem to really love dogs…especially small dogs dressed up in cute outfits. And there is a trend here of attaching cute names to events. Take Pawnival for example. It’s a carnival for pets. Paw…nival. Get it?

Actually Pawnival is more than just a festival in honour of our furry friends. It’s also an opportunity to have your pets blessed by a Catholic priest. I didn’t expect it to be quite as popular as it turned out to be. More than 200 pets and their humans showed up on a drizzly Saturday afternoon at the big shopping mall in Subic. The crowd was overwhelmingly populated by dogs, but I did see one wee kitten who looked surprisingly undaunted by all the canines, big and small.

In reality, the history of this festival goes way back. About 800 years in fact. October 4 is the Feast Day of St. Francis of Assisi, one of Catholicism’s most popular saints, known as the patron saint for animals and the environment. He’s credited with starting the whole idea of pet blessings around 1215.

Rather than following the usual tradition of holding the pet blessings on the Sunday closest to the event in the local Catholic church, Subic broke from tradition and held it in the centre court at the mall with lots of prominent sponsors including pet food brands and local shops catering to pets and their peeps.

The dogs were remarkably well behaved, hardly a bark or a growl or a yap was to be heard even when the crowd had to wait for an extended period for the blessing ceremony to begin. There was, however, a distinct wet doggy smell permeating the air.

Following a short opening and prayers by the priest on stage, he joined the crowd and sprinkled holy water on each pet as everyone waited their turn to file by. Some of the critters (and their handlers) got well and truly soaked, and yet still the calm atmosphere prevailed.

I texted my friend Cielo during the blessing to ask her if she was bringing her two Jack Russell terriers, but she replied, “No, they’re Agnostic.” I reckon Nukaat is too…and wouldn’t have much enjoyed being in the midst of a puppy fest.