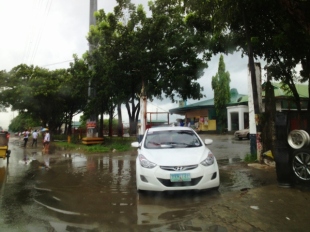 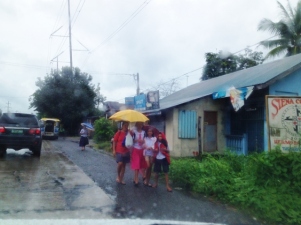 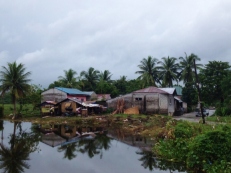 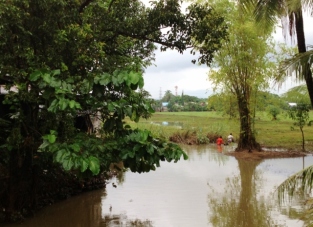 August 29, 2013: First there was Utor, a hurricane that passed just to the north of us. Then tropical storm Maring lingered for a week and “greatly enhanced the southwestern monsoon” as the meteorologists liked to say. Following closely on its heels came Nando, which dumped its final rain early this morning before heading out to sea and leaving behind bright sunny skies in its wake, the first we’ve seen in more than two weeks.

Manila and other parts of Luzon Island bore the brunt of the rains with plenty of road washouts and widespread flooding, bringing everything to a standstill. Schools and businesses were closed in many areas for the better part of the week. Lucky for Chris, his flight in to Manila landed between storms. Just the day before, many flights were cancelled. All in all, Subic fared much better. It was just really, really wet and bleak.

Here are some pictures we took between Subic and Manila on Tuesday showing a little of the aftermath (plus a couple from other sources). By this time water levels had already dropped substantially and it was back to business as usual. For the most part anyway. A big road washout that shut down the SCTEX Expressway meant all the busses and big trucks were diverted onto a narrow provincial road with its own series of washouts and flooded zones. We saw a lot of road construction being done on bases of sand. Maybe they should consider gravel.