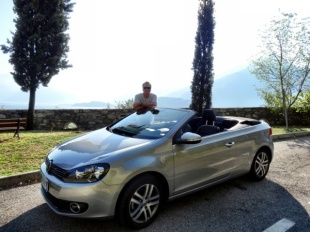 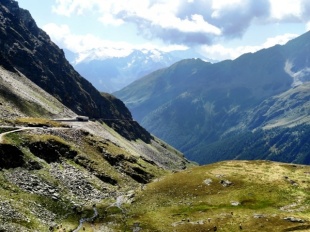 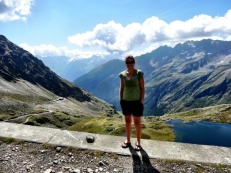 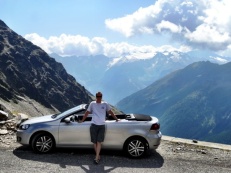 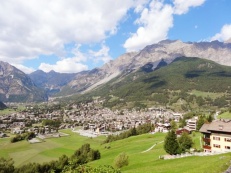 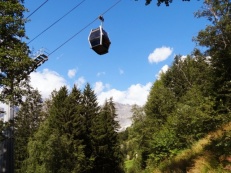 August 30-31, 2013: Here we are, back in Italy again. Twice in one summer, lucky us! The reason behind this trip was so Chris could take the practical part of his course at AgustaWestland, the one that he started in June. Can’t say we were too heartbroken to leave all the wet behind us in the Philippines.

We arrived at Milan’s Malpensa airport around dusk, and after clearing customs and picking up our bags, made our way to the Budget counter to get the keys for our sporty Volkswagen cabrio. With the GPS programmed for our destination, we set off on a short drive to our hotel in Tremezzo, after stopping briefly and sheepishly asking the Budget crew how to turn on the headlights.

The charming Hotel Villa Marie on Lake Como was our home for the night, formerly the summer villa for the Bishop of Florence. After dropping our stuff in our room, we set off to find Cantina Follie, a little wine bar I’d read about online. Apparently just a five minute walk away, but not so easy to find, as it turns out. We missed the turnoff for the narrow steep stairs that lead up to it and kept right on going. After asking directions again, we turned around and this time spotted a discreet sign pointing the way.

It’s a place worth finding. With a large rooftop terrace (that unfortunately closes at 11 pm) and several grotto-like rooms inside (that stay open later), we sampled some local red wine and an enormous platter of local meats and cheeses. Our bellies happy, we strolled back to the hotel along the waterfront road and fell instantly asleep.

All of the hotels in Europe that we’ve stayed at include breakfast, and the one here was among the better ones, enjoyed sitting on a lovely terrace overlooking the lake. All too soon it was time to pack up the car, open up the roof and head off on today’s adventure.

Our first destination was Bormio, a town in the Italian Alps, but to get there we had to drive along the shore of Lake Como, through green valleys reminiscent of the Okanagan and over Passo Gavio. Yes, more passes!

Passo Gavio was an interesting route. Really narrow road, not much more than single track for long stretches, as it wound up and over and brought us into another spectacular valley and the town of Bormio. We stopped here for lunch and a stroll after discovering to our dismay that our reason for coming here, the start of the Stelvio Pass, was closed until four in the afternoon. Turns out today was the Stelvio for Life bike race. There were a lot of disappointed drivers and motorcycle riders hanging about in town.

When four o’clock finally rolled around, we headed back to the turnoff, which still hadn’t reopened. The lineup of waiting bikes was massive. Cars too. Finally they started allowing vehicles through but we didn’t make it very far until the traffic came to a complete stand still. The bikes zipped on ahead but we waited for ages with no traffic moving in either direction. The culprit, as it turned out, was a single lane tunnel with impatient drivers blocking it in both directions. Add in caravans and busses and it was a colossal mess. A few Italian hand gestures were shared and angry voices could be heard above the honking horns, but all in all most people patiently waited their turns and we eventually got through.

Sadly through, the beautiful sunny weather from earlier in the day was nowhere to be seen, and by the time we reached the summit, it was shrouded in clouds. And cold. We stopped for a few minutes to take some pictures and buy some t-shirts before descending on the other side and continuing to Saint Moritz in Switzerland for our overnight stop.

2 responses to “Traffic Jam in the Alps”