September 2018: At first, it’s a little hard to wrap your head around all the place names that fly past you in this part of the world. Many of the old British variations continue to be used, even though many of the names have been changed following Malaysia’s independence. You almost need a primer on the history of the area to get it sorted. Thanks to a little reading on Wikipedia, I think I finally have it straight, more or less.

Borneo is the island. (As a matter of fact, it’s the third largest island in the world, after Greenland and New Guinea.) These days, Borneo is shared by Malaysia, Brunei and Indonesia. The Malaysian part of Borneo is comprised of two states (Sabah and Sarawak) and one federated territory (the offshore island of Labuan). Since arriving in Malaysia, we have so far confined ourselves to the Sabah part of Borneo. Sabah is often referred to by its old name, North Borneo. Confused yet? Maybe this chart will help.

MOKEN is based in a marina in Kota Kinabalu, the capital of Sabah state. KK, as it is commonly called, lies on the northwest coast of Borneo facing the South China Sea. Before it was KK, the city used to be called Jesselton. Before that, it was Api-Api. Before that, the original settlement was located on Gaya Island lying just offshore. I now understand why so many places around town are named after Gaya, Api-Api or Jesselton.

Now that we have that figured out, it’s time to take you to Jalan Gaya (Gaya Street) in the heart of old Jesselton town. Before all this renaming business, this was Bond Street. This is the home of the Jesselton Post Office, one of the few colonial buildings still standing after the war. Today, it houses the tourist information centre that sits at one end of Jalan Gaya. Just a few blocks away, the other end is marked by a Chinese gate. City Hall looms beyond. 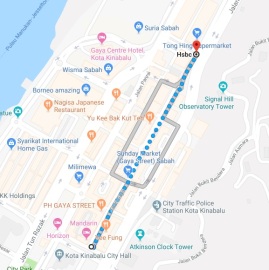 These few short blocks run parallel to the coast, but the coast has moved further and further away over the years. Once located right on the waterfront, Jalan Gaya and the old post office are now a couple of blocks inland. KK has a modest height limit on all buildings in the city, being that it is directly under the flight path of the airport south of town. With steep hills inland, flat land is at a premium. The solution? Land reclamation, of course. Simple create new land and top it with new malls and new condo developments.

You might be as surprised as we were to learn that the people of KK are quite diverse. Indigenous people from Borneo make up about 29% of the population, foreigners comprise nearly 25%, Malaysian Chinese are next at nearly 21%, followed by the maritime Bajau originating from the southern Philippines at 16% and Bruneian Malays at 7%.

Old town may now be cut off from the sea, but it is still a hive of activity as the heart of the Chinese community. In addition to numerous Chinese shops, services and restaurants, it’s also the site of the popular Sunday Market and many Chinese cultural events, such as the Lantern Festival. 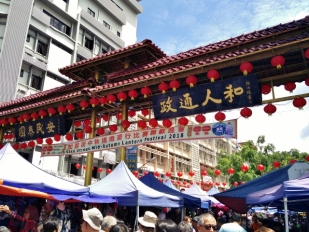 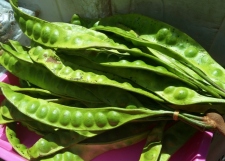 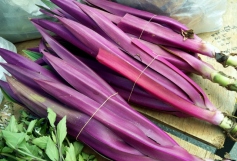 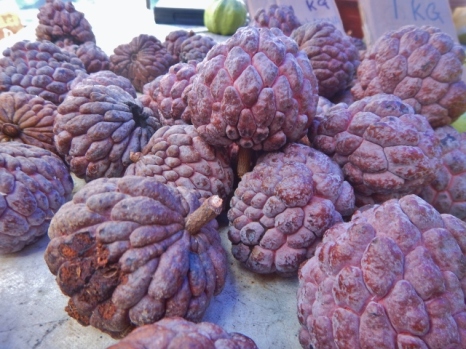 The Sunday Market is part flea market, part craft market, part farmers market, part clothing market, all fun. Crowded, colourful and chaotic. Several blocks turn into a pedestrian bazaar every Sunday morning. Need some Borneo souvenirs? No problem. Want to expand your wardrobe? They’ve got you covered. Keen to try some local fruits and other delicacies? You’re in luck. As I’m usually lagging far behind Chris as I stop to inspect all the merchandise, at least I can usually spot him head and shoulders above the rest of the crowd when I do remember to stop and look for him.

When we’re ready for a little break from the chaos and crowds, we step into The Next bar on the corner in the Jesselton Hotel and watch the world go by. It almost feels like stepping back in time in here. There are shutters but no glass at the windows and a multitude of ceiling fans whirring overhead. All that’s missing is a guy in a white linen suit and a panama hat leaning against the bar. The big screen TVs playing non-stop footie and the ice cold Tiger beer in a frosty glass transports me back to the present.

On one of our visits to Jalan Gaya, we saw a banner promoting the upcoming Mid-Autumn Lantern Festival at the end of September. We weren’t sure what to expect, but it sounded intriguing so we rounded up Linda and Claire off a couple of the other yachts and caught a Grab into town to check it out. 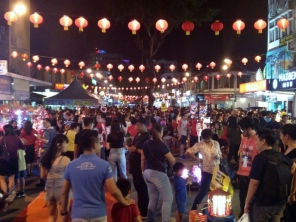 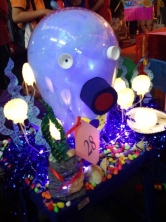 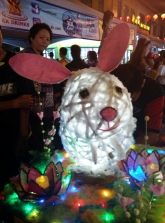 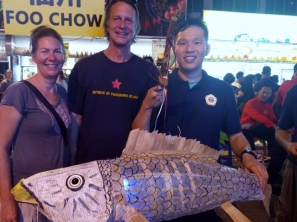 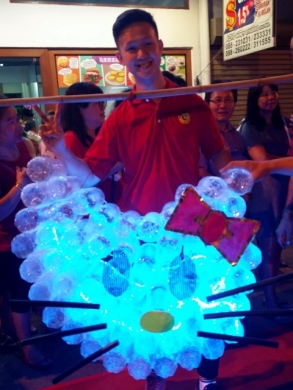 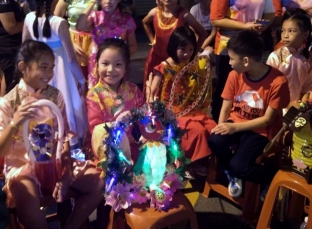 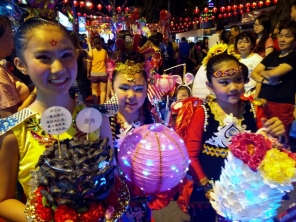 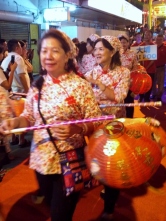 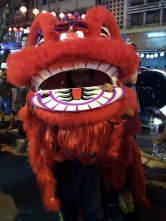 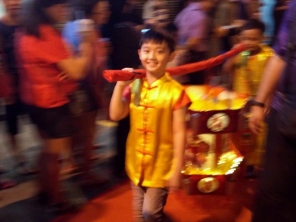 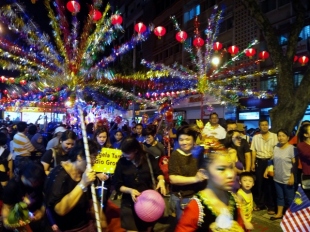 After getting a bite at one of the many Chinese restaurants nearby, we ventured into the crowd. There were colourful lanterns everywhere we turned. Many seemed to be made from recycled materials. All of them had a unique, identifying number. There were lanterns made by young children, high school students, community groups and seniors. Many had obviously been working on their creations for quite some time and whenever we stopped to complement on a lantern or ask a question, everyone was proud and excited to tell us about their lanterns. There were even a few elaborate parade floats. Indeed, the event culminated in a slow moving parade around the red carpet that was laid on the street so that each troupe could pass in front of the judging tables.

I wonder what other treats Jalan Gaya has in store for us before we leave Kota Kinabalu?