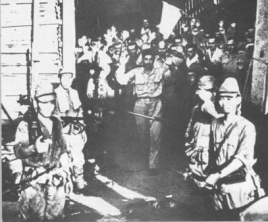 November 1, 2017: Corregidor Island has been on our Philippines bucket list ever since we first heard about it five years ago. We had planned to go on a couple of different occasions, but never quite made it. Until now.

You may be wondering what’s so special about Corregidor?

This small island, which is just 6.5 kilometres long and strategically guards the entrance to Manila Bay, played a pivotal role in World War II. It was command central for the American and Filipino forces and the last place to surrender after the Japanese forces invaded the Philippines in 1942. It has the dubious distinction of being one of the most heavily bombed places during the war, enduring 72 days of bombing.

According to Wikipedia, the Battle of Corregidor was the culmination of the Japanese campaign for the conquest of the Philippines. The American and Filipino soldiers on Corregidor and the neighboring islets held out against the 14th Japanese Imperial Army of Lieutenant General Masaharu Homma to deny them the use of Manila Bay, but the Japanese brought heavy artillery to the southern end of the Bataan Peninsula and proceeded to blockade Corregidor. Japanese troops forced the surrender of the remaining American and Filipino forces on May 6, 1942, under the command of Lt. Gen. Jonathan Wainwright. MacArthur had evacuated long before this point in the war. Corregidor was recaptured by the joint American and Filipino forces in February 1945. Recall MacArthur’s famous line “I shall return.”

Today, Corregidor is an historic site and military memorial to the many American, Filipino and Japanese soldiers who served and died on the island. With the jungle taking back the ruins, it is a great place to try your skill at photography.

Lucky for us, on the day that we went, the tourists were few and far between. Going on an overcast day, mid week and not during the peak of the holiday season was a wise choice.

Our friend Betty organized the trip for our group from Subic. Getting there was half the adventure. First, there was the two-hour drive to our pick up point just north of Mariveles. It was raining, so we bought out all the umbrellas at the local sari sari store at our pick-up point. Of course, soon afterwards, the rain stopped.

From here, we had a rather bumpy crossing in a small banca from the Bataan Peninsula to the north harbour on Corregidor. Getting in to the dock was no easy feat with the boat bobbing up and down with the waves. This brought us to the visitors’ centre where we signed in, paid and met our tour guide.

The island is roughly shaped like a tadpole and is divided into four zones: Topside, Middle Side, Bottom Side and Tail End. We were immediately corralled onto a small tour bus and headed uphill towards Topside.

Along the way, we made photo stops at the heavily bombed Middle Side Barracks, Battery Way and Battery Hearn and drove past the Mile Long Barracks. There are actually 23 gun batteries on the island. At Topside, we checked out the museum, the Pacific War Memorial monument, the roofless Cine Corregidor, the parade grounds and the lighthouse.

With our guide trying to herd us like cats and keep us to schedule, our next stop was back down the hill for a Filipino lunch shared with a few local (and very vocal) cats.

Then it was back on the bus towards the Tail End of the island and the east entrance to the famous Malinta Tunnel, dug through the Malinta Hill over a ten-year period between 1922 and 1932. The main east-west tunnel is 835 feet long. Branching from it are 24 laterals. The tunnel was originally designed to house huge quantities of ammunition, food and supplies, and an underground hospital with 1,000 beds, but its location beneath Malinta Hill made it an ideal bomb-proof headquarters for the embattled Filipino and Americans defenders of Corregidor during World War II. Malinta Tunnel served as the seat of Philippine Commonwealth Government under President Manuel L. Quezon and the USAFFE Headquarters of General Douglas MacArthur.

For the next 30 minutes, we passed through the tunnel listening to a canned (and sometimes hard to hear) light and sound show called “The Malinta Experience.” I don’t imagine that it would have been very pleasant for the more than 4,000 people who lived inside in the tunnels during endless bombing by the Japanese. Although it was safe, inside was damp, poorly ventilated and rife with dust, bedbugs and black flies. The tunnel dwellers must have felt suffocated, trapped and helpless, being unable to fight back. There was no privacy and nowhere to go to get away from others.

Back out in the fresh air, our Corregidor tour came to a close and soon we were delivered back at the dock for our boat ride off the island. My notes here don’t do the tour or the island justice. If you’re interested in learning more, I suggest you check out some of these other online resources.

One day I’m going to track down the following movies and check out Hollywood’s version of the story.

Soon we were back in our banca for the return to Bataan. At first, our driver struggled to get out of the harbour on Corregidor as the waves pushed against us and our propeller was tangled from the reeds in the bay. But before too long, the crew had it sorted and we were on our way. What a wet, wild and slow crossing. Possibly a little perilous. Mostly fun. All wet.

Extra special thanks to Betty for organizing our trip and making all of the necessary arrangements with the banca operator and the staff at Corregidor Island. And more thanks to our great group for making it such a fun-filled day: Peter and Betty, John and Alice, Irish John, Les, Tracy and Danny. You guys rock. 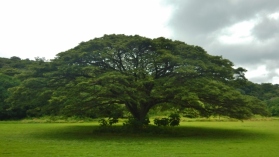 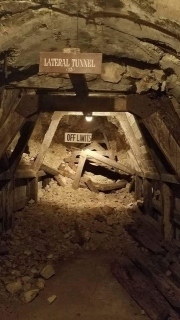 With additional photos by Les and Danny.