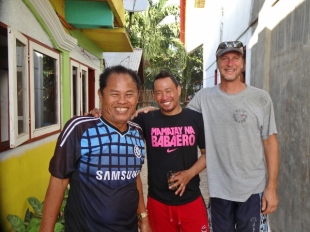 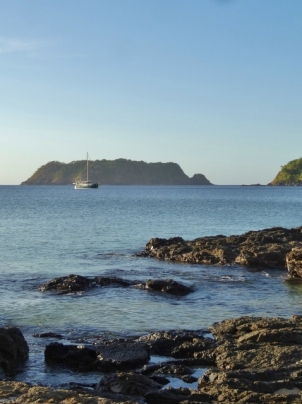 February 26-28, 2015: This is our third adventure into Palawan province, reportedly the most beautiful and natural region of the Philippines…although development is moving in quick as more and more people discover it.

Palawan province is the westernmost province in the Philippines. It stretches more than 300 nautical miles from the Calamian group of islands in the north, along the whole length of Palawan Island and all the way south to Balabac Island…just a hop, skip and a jump across to Malayasia’s Sabah province. Palawan is sandwiched between the South China Sea (or West Philippine Sea, depending on your affiliation) which runs along the west coast, and the Sulu Sea to the east.

Two years ago we made it to the far north tip of the province only, to the top end of Busuanga Island. Last year we circumnavigated Busuanga Island with a little side trip to Culion Island. This year, we planned to get as far south as El Nido, at the northwestern tip of Palawan Island itself. Each area has so much to discover and we enjoy exploring at an unhurried pace.

On the second part of our journey to El Nido, we were venturing into new waters for us. We opted to cruise down the east coast of Culion Island, made a little rough by the NE Monsoon winds and swell. This gave us a chance to put out our main sail for a bit of practice.

We weren’t sure what to expect as we passed the south tip of Dicabaito Island and headed into the Linapacan Strait. We’d heard it can be quite rough, but we were pleased to note that it wasn’t anywhere nearly as bad as the first two days of our journey. We were making good time and arrived at North Bay on Linapacan Island for our next anchorage. But first we had to wind our way into the bay past a number of pearl farms. Once we finally set the hook in 60 feet of water, we had a friendly visit from the pearl farm’s security team aboard a small banca. They just wanted to check us out.

We did a bit of snorkelling over some healthy corals not far from the boat before dinner.

From Linapacan Island, it was a short, easy hop to our next anchorage in Japilao Bay at the NW tip of Palawan Island. (Our chart says Diapilao Bay, but we are using the name the locals told us, Japilao.) The bay itself very gradually sloped from 30 to 20 feet over a sandy bottom. Turns out we could have anchored much closer in. Now we know for next time.

We jumped in the kayaks for a paddle to shore where we met Rocky and his family, who invited us in to their home for a drink. Rocky’s father is a boatbuilder. Rocky and his brothers are seamen. And we figure they are one of the prominant local families on this beautiful stretch of beach.

Rocky filled us in on all the local gossip. There’s the American who bought a large stretch of beach at the far end and is building a resort, the Koreans who will be building a resort on the next stretch of beach, and their own family’s plans to build a resort next door. There is no cell service, Wi-Fi or 3G yet, and only a rough track linking this clean, quiet and incredibly friendly fishing village to the outside world. It is an idyllic place. Let’s hope all that development doesn’t spoil it.

All too soon it was time to paddle back to MOKEN with the last of the light.

After a leisurely start the next morning, we set off for the shortest day on our trip thus far. It was less than 20 nautical miles from Japilao Bay to our anchorage near El Nido. The closer we got to El Nido, the more spectacular the islands became. High towering walls rising straight up from the sea.

The water was rough on the El Nido town side of the peninsula, so we weren’t sure what we would find around the other side. Turns out it was also gusty, but without the same swell it was reasonably comfortable. We anchored at Corong Corong in 45 feet amidst four sailing yachts with the superyacht Double Haven (who sometimes lives down at the end of our dock at the Subic Bay Yacht Club) out in the deeper water behind us.

Soon it would be time to explore El Nido and see what all the fuss is about.