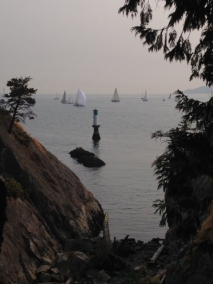 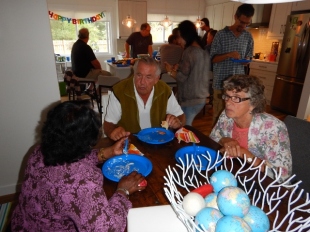 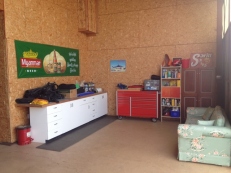 June 26 – August 16, 2015: Rainy season in Subic Bay runs from June until October, so it’s a good time to plan an escape to Canada and catch up with our family and friends.

I flew into Vancouver from the Philippines at the end of June and Chris joined me after he finished his shift in Azerbaijan in the early part of July. For the next five weeks we scurried back and forth between an assortment of temporary homes in the lower mainland and Vancouver Island. We certainly appreciate everybody who put us up (and put up with us).

While seeing everybody is the main reason for our annual trip home, these visits also provide an opportunity to deal with all the stuff we are unable to do from abroad and shop for boaty bits.

As expected, this summer was a whirlwind. I helped my dad sort through some of his stuff and we took numerous loads to charity shops, the recycle centre and the dump. Chris and I reorganized our storage space and finally consolidated all of our remaining stuff into the one place. We bought a condo in Sidney so we’ll have a place to call home on our future visits. We celebrated (belatedly) Chris’ fiftieth birthday with an almost surprise party and (also belatedly) our tenth anniversary. Chris played with his birthday present, a new drone. And I stayed an extra week to help out my dad in the days following a minor surgery. In between we squeezed in visits with friends and family over meals, rounds of golf, kayaking and a day at the Rock the Shores concert in Victoria, but somehow we still missed seeing way too many of you.

We’ll just have to do better next year! Or you could come visit us on MOKEN.