You cannot make a revolution with silk gloves.
– J.V. Stalin 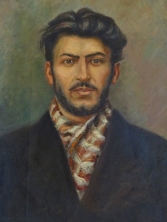 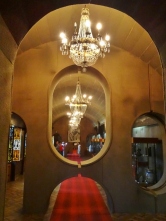 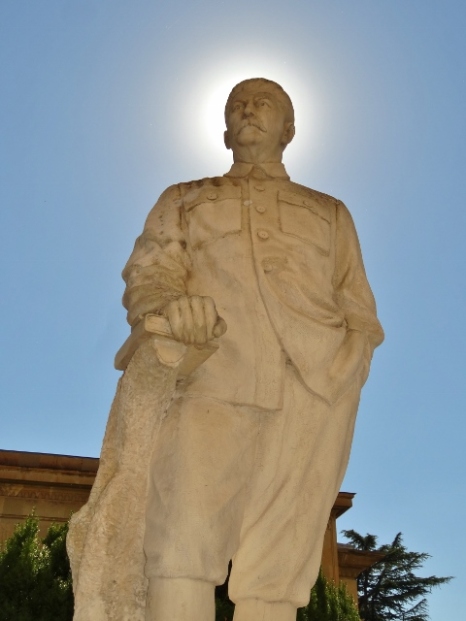 September 23, 2014: Located in the approximate geographic centre of Georgia is Gori, the birthplace of Georgia’s most infamous son, Iosif Vissarionovich Dzhugashvili, better known to the world as Joseph Stalin. It is also home to the Joseph Stalin Museum, prominently placed in the city’s central square.

During Stalin’s time in power from 1929 until his death in 1953, the Soviet Union was transformed from a backwards, peasant society into a collective society and an industrial superpower. A far cry from his early roots studying for the priesthood in the Georgian Orthodox Church.

Before his own death in 1924, Lenin accused Stalin of violating the principle of collective leadership and making independent decisions on important Communist Party and state issues. Over the years, as Stalin’s own cult of personality increased, he became increasingly suspicious and paranoid, and increasingly dictatorial.

Stalin, who is estimated to be responsible for the deaths of somewhere between four and 20 million (some accounts claim as many as 40 to 60 million), was most certainly not a good guy. There were purges (to get rid of political opponents), famines (caused more by Stalin’s policies of collectivizing agriculture than by natural reasons), religious persecutions, forced labour, increasing reliance on the secret police.

But you won’t find too much evidence of any of that in this museum. Some might say it only showcases the good (Russian expansion, collectivism, industrialization and his role in bringing an end to World War II), while others have gone so far as to call it a falsification of history. Pure Soviet-era propaganda.

The museum consists of three parts, the main museum, the house where Stalin was born in 1878, and his personal railway carriage. In the museum, you can wander through a variety of exhibits detailing Stalin’s life from early childhood to his rise to the top of the Soviet leadership until his death in 1953. On your way out, you can browse the museum gift shop and pick up a commemorative Stalin t-shirt, key chain or coffee mug. Or not.

For some interesting reading, I suggest you check out the article “Hero and horror: Stalin rebranded” from The Independent. Despite what this article said in 2012, nothing much seems to have changed in the ensuing two years. It seems the leaders of Gori have resisted attempts to make any changes to the museum.

Somewhat surprising is Stalin’s level of popularity in Georgia even now. In 2013, BBC News reported that 45 per cent of Georgians expressed a positive attitude toward Stalin (“Georgia divided over Stalin ‘local hero’ status in Gori”). By the way, the Stalin statue is back up, now displayed outside the museum after having been removed in 2010.

Entrance costs 10 GEL for the museum and 5 GEL for the train. Most descriptions are in Georgian and Russian, with English offered in some places but not all. English-speaking guides are available.