Meow! Hi! They call me Nukaat. And this is my first post.

I’ve wanted to write this for a while now, but I’m not so good with computers. Walking across the keyboard is one thing. But typing is hard work. I’m all paws. So I’ve dictated this to one of my assistants.

First, a bit about me. I don’t like to talk much about my early years. That was in the before times. I was always hungry. Some people tried to help me. Eventually my belly got the better of me and they caught me. I went to live with some girls. They were nice. They fed me lots and played with me.

Then one day, these other people came to meet me. I sauntered out and pretty much ignored them. But they still stuck me in a box and took me with them anyway. I never saw those nice girls again.

The new people took me to a new place. First they stuck me in a room with some food and a litter box and let me check it out. Eventually, they let me explore the rest of the house and even let me go outside. Under supervision. But I still managed to give them the slip one day. It was funny watching them try to find me. I didn’t go far. Just sat under a bush. Eventually, I was given full parole and even had my own kitty door. This was a time of lounging in boxes and playing in paper bags. Life was good. 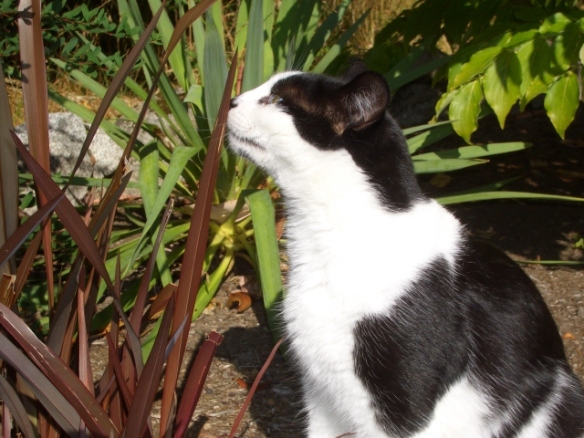 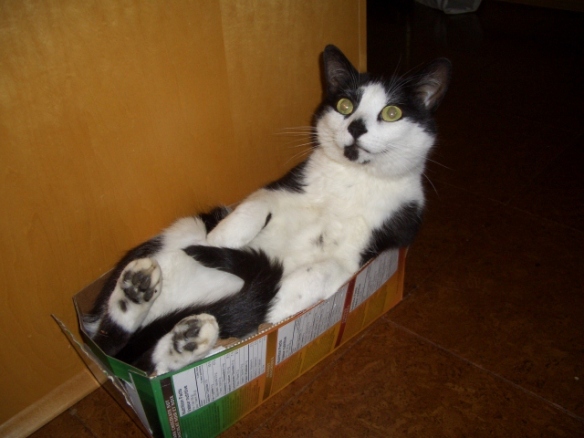 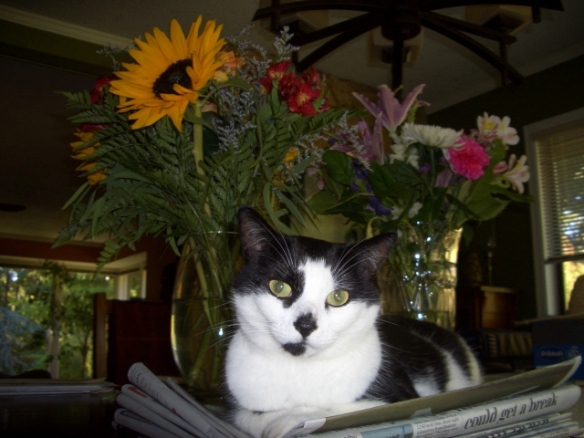 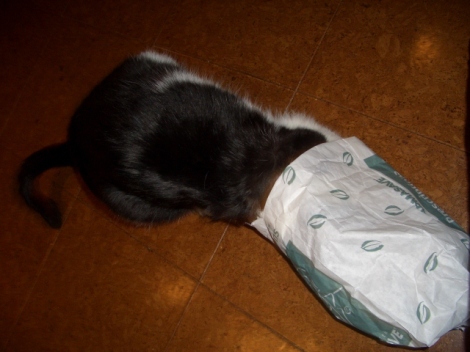 There was a lot of activity in this house. Things were always changing. They called it renovating. And then one day, the house was empty and I was put back in my box and we drove a long way to a new house. Again they kept me inside with only short outside explorations. But when I finally got to roam on my own, I found a really cool pond. There were fish and birds and bunnies and mice and all sorts of things to chase. I left the deer alone. They were bigger than me. I liked to snooze by the pond. It was cool there. 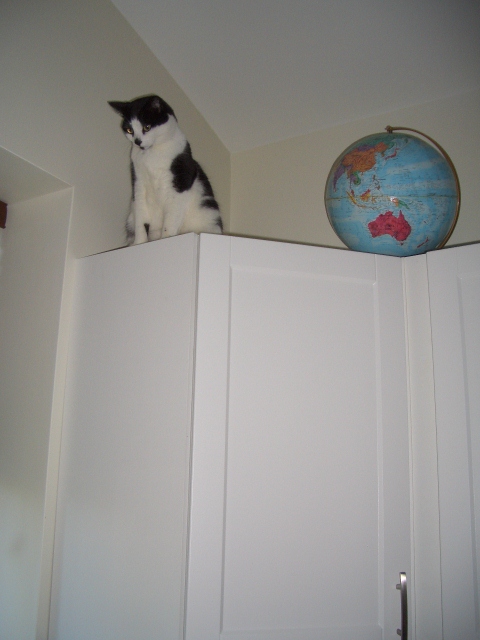 Just as my fur coat started to thicken up for winter things changed again. First they took me to a doctor a couple of times. He seemed pretty nice until he gave me a bunch of pokes and pills and stuck a computer chip inside me. Ouch, that stings! I’ve heard it is to help identify me if I ever get lost. I don’t know what all the fuss is about. I always come home for dinner!!!

Then my assistant did a lot of running around. She called it paperwork. The only paperwork I know is when I help shred the stuff or unwrap prezzies. But she made trips all over the place, apparently on my behalf. I was just happy I didn’t have to go in the box again.

She said she had to visit the federal veterinarian in Victoria and then some place called the Philippine Consulate in Vancouver. She stuck me in the box again for that one. It was a long, long way away and we went for a ride on a boat. I was very curious about that but she wouldn’t let me out until we got to a new place. Here I had to hang out inside a new house for a whole week. But I did recognize the nice man there. He sometimes came to visit me in the other places and always gave me lots of scratches and some treats. And then we went back to the place with the pond. I was glad to be home.

But that didn’t last long. That house got empty too. And then one day they put me back in the box and we went for another boat ride to go back to see the nice man at his house. Only this time we didn’t stay long.

We went to this new place where there were lots and lots of people standing in long queues. I didn’t know what was going on but there was sure lots to look at. After we waited in a long line for a long time, my assistant just handed me off to some man in a vest. He just carted me away. I didn’t like it.

The next thing I knew I was put inside a small room with a bunch of bags. And then this awful loud noise started and the whole room started to shake. It was like that forever. At least it seemed that way. It’s hard to tell time in the dark. But I’m pretty sure I missed out on breakfast.

Finally the shaking stopped and the noise ended. And then another man carried me outside. The sun was just coming up and it was hot already. Like an oven. I didn’t like this too much either. But then I saw my assistant. At least she was a familiar face. She made all sorts of friendly noises so I felt a little better about things. But there were still lots and lots of other people and lots of bags around. So I still had to be on my toes.

She put my box onto a cart and wheeled me off to a counter while she had to do more paperwork. The man there wore a badge that said quarantine. He took some papers and handed her some others and then we went outside. It was really, really hot! And there were all sorts of new smells. But then I saw my other assistant so at least I figured we’d be home soon.

Boy was I wrong. We got into a car and drove for a really long time. At least it was cool inside. They still made me stay in the box but by now I was so tired I didn’t really care anymore. So I just curled up and had a nap.

When I woke up, they carried my box alongside this really big pond with really big things floating in it. And then we even climbed up onto one of them and went inside. They call it a boat.

Meeeyoooowwwllll. It’s time for dinner. Gotta run!!! Next time, I’ll tell you about my new life on the boat. I’m a nauti-cat now!