November 2, 2012: Today was a national holiday in the Philippines. All Souls Day. Yesterday was one too. All Saints Day. These Catholic holidays are celebrated in many former Spanish colonies. Mexico’s Day of the Dead (Dia de los Muertos) is also related to this tradition.

Hallowe’en has only more recently been adopted in the Philippines. Mostly so little kids can dress up and go to a party. There was one held here at the yacht club. Lots of little superheroes and princesses running amok with their plastic pumpkins full of sweets.

Traditionally, for All Saints/All Souls, people return to their home province and go to their family plot in the cemetery. In the days leading up to it, there’s a lot of activity in the cemeteries, as people repair, clean, paint and decorate. All to pay respect and honour their dearly departed. They may offer prayers and flowers or light candles. Or they may have a family reunion, picnic, play music, sing and party.

We happened on this event last year when we came to see the boat for the first time at the end of October. Twice daily, we’d pass by one of the big cemeteries in the area on the drive between our hotel and the marina. It’s perched precariously on the side of a steep hill. A mishmash of little walled plots being spruced up with a fresh coat of white or brightly coloured paint. Vendors set up temporary shops to sell pop, snacks, meals and candles. The cemetery runs right down to the edge of the narrow winding road, so as it got closer and closer to All Saints Day, the road got even more and more narrow as barricades were set up to allow room for all the pedestrians. We heard it can get quite out of hand after dark, so we decided to let the families pay their respects in peace. 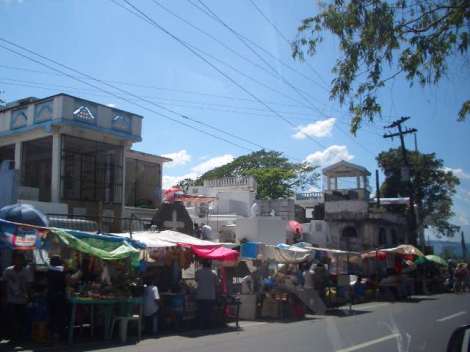 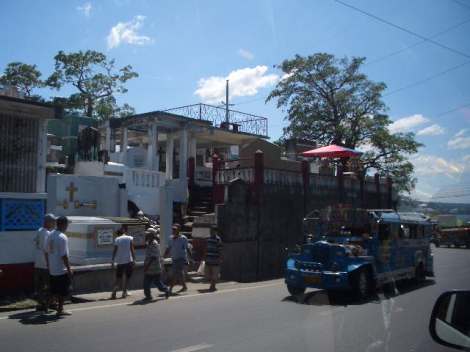 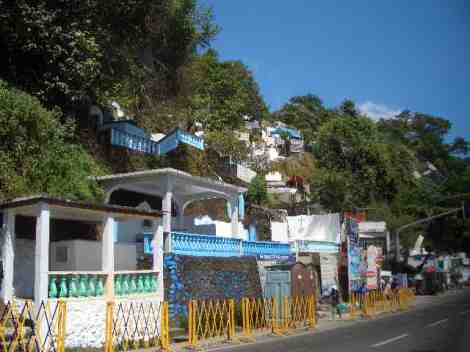 This year, I didn’t make it out that way. It’s on the outskirts of town. (Chris left for work on Wednesday and I’m hanging out here with the cat for the next few weeks.) But around town, there was a decided absence of the usual volumes of people and traffic.

A few young Filipinos were sporting full face paint as blue or black and white skulls last night. It all looked rather menacing, but they were just having fun. I imagine they might even glow in the dark. The young Filipinas went in more for sparkle-y decorative designs around their eyes. Much more feminine. But by today, respects having been paid, everybody was in the malls shopping. Taking advantage of a holiday. And the air conditioning.

In North America, we tend to remember our dearly departed on the anniversary of their birth or death. But there is something comforting about a special day for remembering all family that has moved on. Miss you Mom!