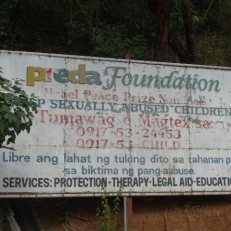 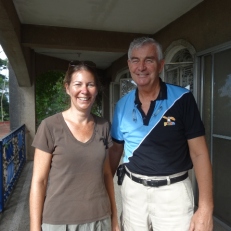 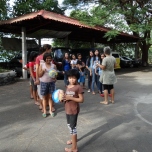 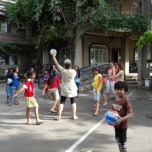 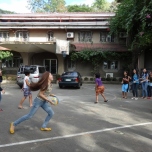 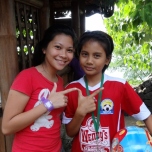 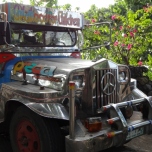 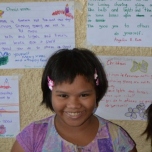 December 13, 2012: I’m falling a little behind in the blogging department. Maybe because Chris is back! Here’s a story from a week ago.

My friend Sylvia volunteers at a place called the Preda Foundation. It sounded like a very interesting organization, so I was curious to see what it was like. Sylvia agreed to give me a little tour.

But first I had to get there. It’s located a couple of kilometres outside of Olongapo. This started with a ride in the yellow jeepney almost to the market. And then I had to cross the busiest street in town where cars don’t stop for the crosswalk and try to figure out where to catch a blue jeepney. They all seemed to be pointing in the wrong direction, but the driver of the first one assured me it was going where I wanted to get. After waiting until they had crammed in as many people as would fit on the bench seats in the back, we headed out of town.

The foundation is located just past the big cemetery, so I knew roughly where to go. You call out “para po” when you want off or bang on the roof. I stepped out right at the foot of the uphill driveway to Preda. The Foundation rescues young boys from jails and young girls from abusive situations, among a whole variety of other projects. You can read more about their work here: www.preda.org/en/

Sylvia met me in front of the large main administration building and took me for a tour of that area. Then she introduced me to Father Shay Cullen, the man in charge. He’s been at this for something like 39 years.

Then we went to meet some of the girls. Most of them were at school for the day, but a few stay behind for a variety of reasons and there are activities organized just for them. Sylvia wanted to get them active. Like most teenagers they are happy to hang out and watch TV. It was a little bit like herding cats at first, but eventually they did jump in. First playing ball, and later doing yoga.

Afterwards, I handed out some hair barrettes I’d brought for them, although one of the girls preferred the pink bag they came in instead.

Her day at Preda finished, Sylvia and I walked down the hill into town for dinner.

Walking along the road by the cemetery was a bit hairy. It was dark, the roadway is narrow, there aren’t any sidewalks and the drivers go really fast! When a big truck turned onto the road, we had to scramble to get out of his way as the driver took the corner wide. Always an adventure!

BLOG NOTE: A while ago, when we decided to move all the comments to the COMMENTS page, all your comments stopped. So we’re enabling commenting again on our new posts because we want to hear what you think!

2 responses to “A Visit to PREDA”